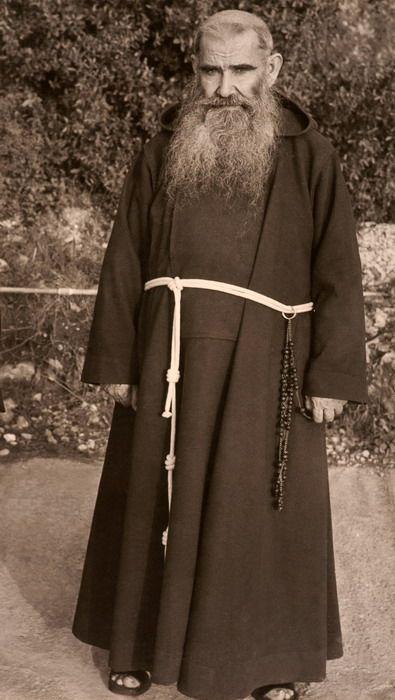 Khalīl Al-Haddād (1 February 1875 – 26 June 1954) or Abuna Yacub was a Lebanese Capuchin friar known as the man of Divine Providence. He was a noted preacher and founder of various orphanages, nursing homes, schools and hospitals across Lebanon. Presidents of the state honoured him with various awards, while the populace compared him to Saint Vincent de Paul and Saint Giovanni Bosco’s likes due to his devotion to the poor and needy. In 1930, he founded the Congregation of the Lebanese Franciscan Sisters of the Cross, who serves his charitable institutions.His beatification process opened in 1979 when he was titled as a Servant of God, and Pope John Paul II named him Venerable on 21 December 1992. Pope Benedict XVI approved his beatification and delegated Cardinal José Saraiva Martins to preside over the celebration on 22 June 2008 in Beirut. “It is a shame that we rest when the world population is tired”.Yesterday, today and forever, Abuna Yacub was, is and shall always be the same, as during his lifetime, never knowing what rest is, always there to give a helping hand and a caring heart, together with the nuns in his institutions, and with the people who dedicate their time, money and effort to relieve the pain and suffering of the sick and the old, in Lebanon and the world.With the strength of the Holy Spirit, Abuna Yacub is present in his organization so that it carries on the blessed work of giving refuge to the suffering humanity, with limitless faith, hope and love.

How can you help